Diamonds are the universal currency for players to use in their adventures. It has always been in short supply. The Diamond War is a PVP gameplay that produces unbound diamonds, which is open once a week. It is undeniable that a large number of players love this. Let me introduce you the Diamond Warzone now! 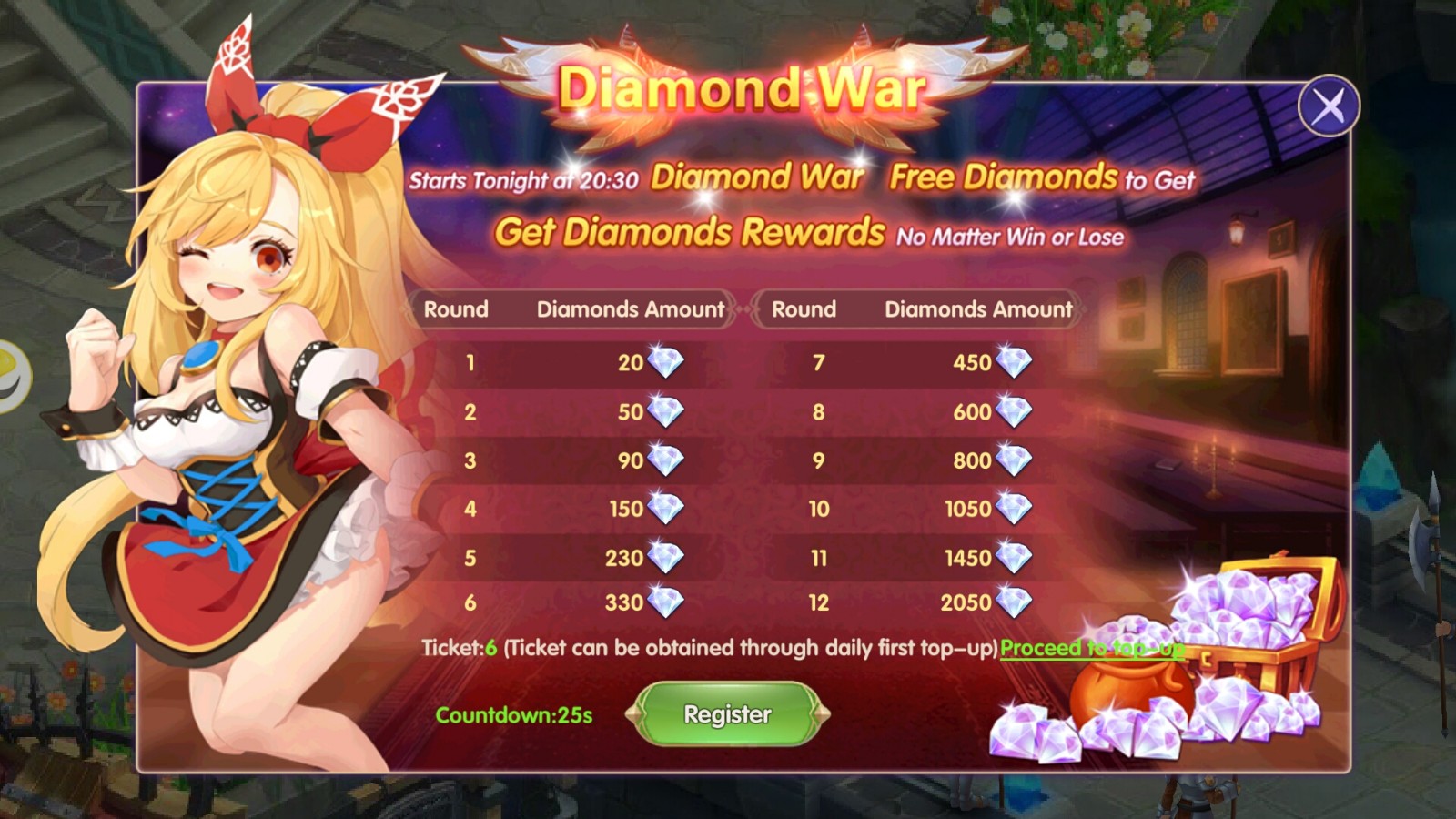 On every Thursday, the Diamond War will open the registration on the main interface, and players can sign up by tapping on the registration interface. Registration will require a Diamond War entry ticket, which players can get it by topping up 100 diamonds, which is a good deal. The game will divide the Warzone into 4 according to the players’ level, i.e. Lv. 1 ~ 65, Lv. 66 ~ 75, Lv. 76 ~ 85, and above Lv. 86. After the player has registered, the system will divide the player into the corresponding Warzone based on the player's level. 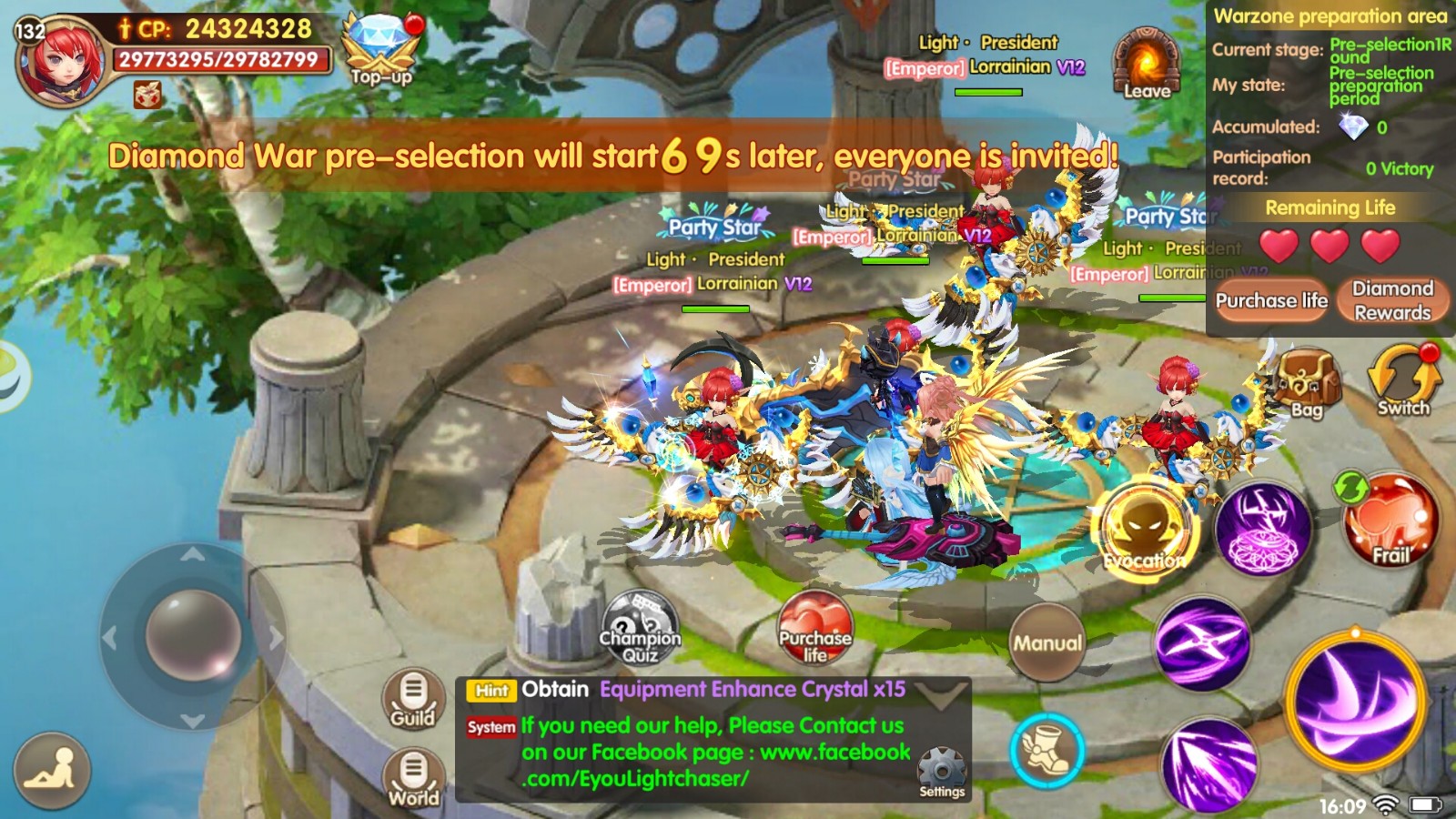 Players will enter the pre-selection stage after the match starts, all registered players will wait to be matched in the waiting hall. While waiting, you can use tickets or unbound diamonds to purchase extra lives to revive from death in combat. Players can own only 3 lives at the same time. So if you died three times in the battle, sorry, you’ve got to wait for the next Diamond War~! 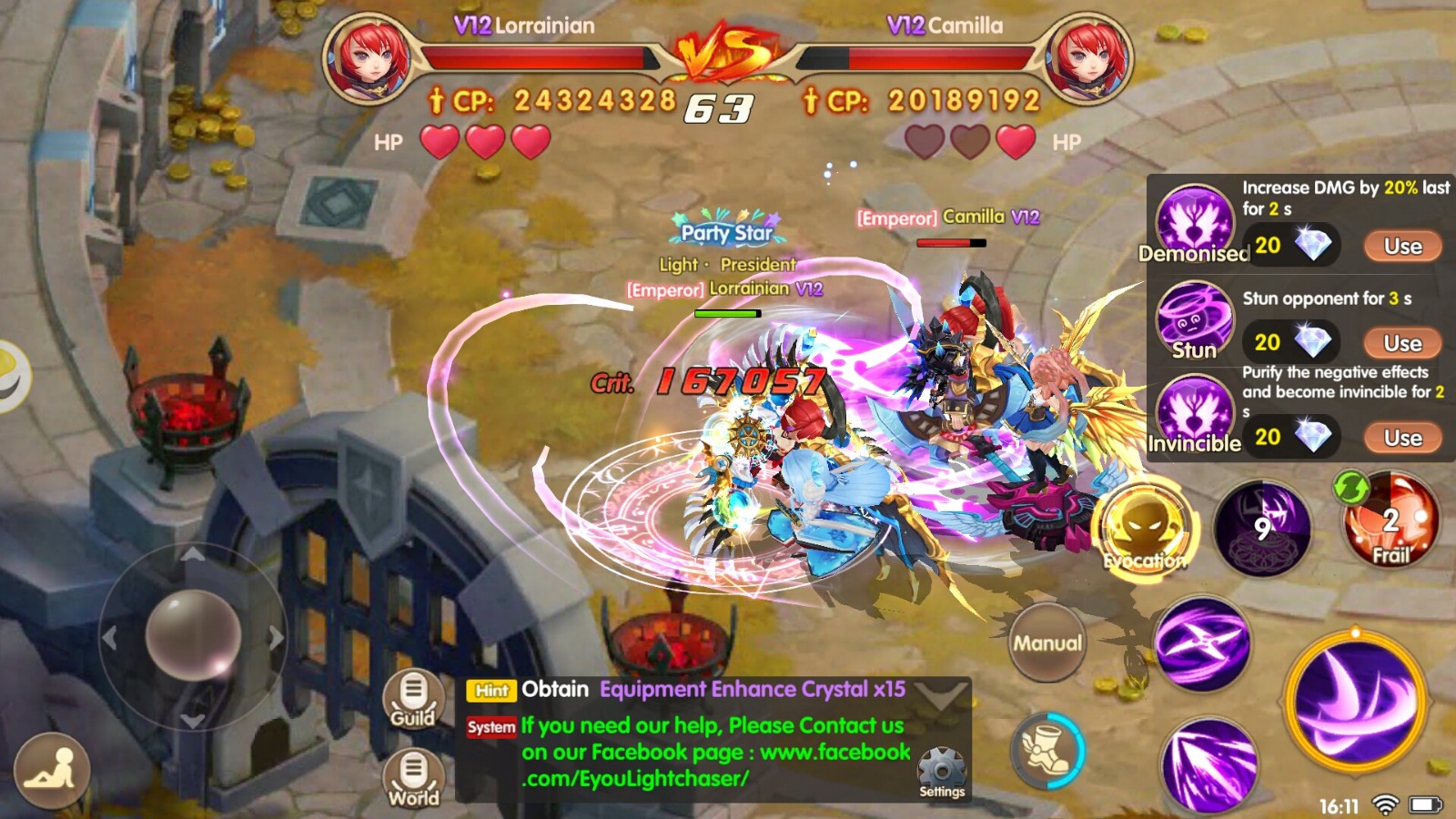 The battle is based on 1v1 operational arena battle mode that allows the use of all skills and flicker, and players can spend diamonds to buy invincibility, stun, and other auxiliary abilities. You must have some means to win. 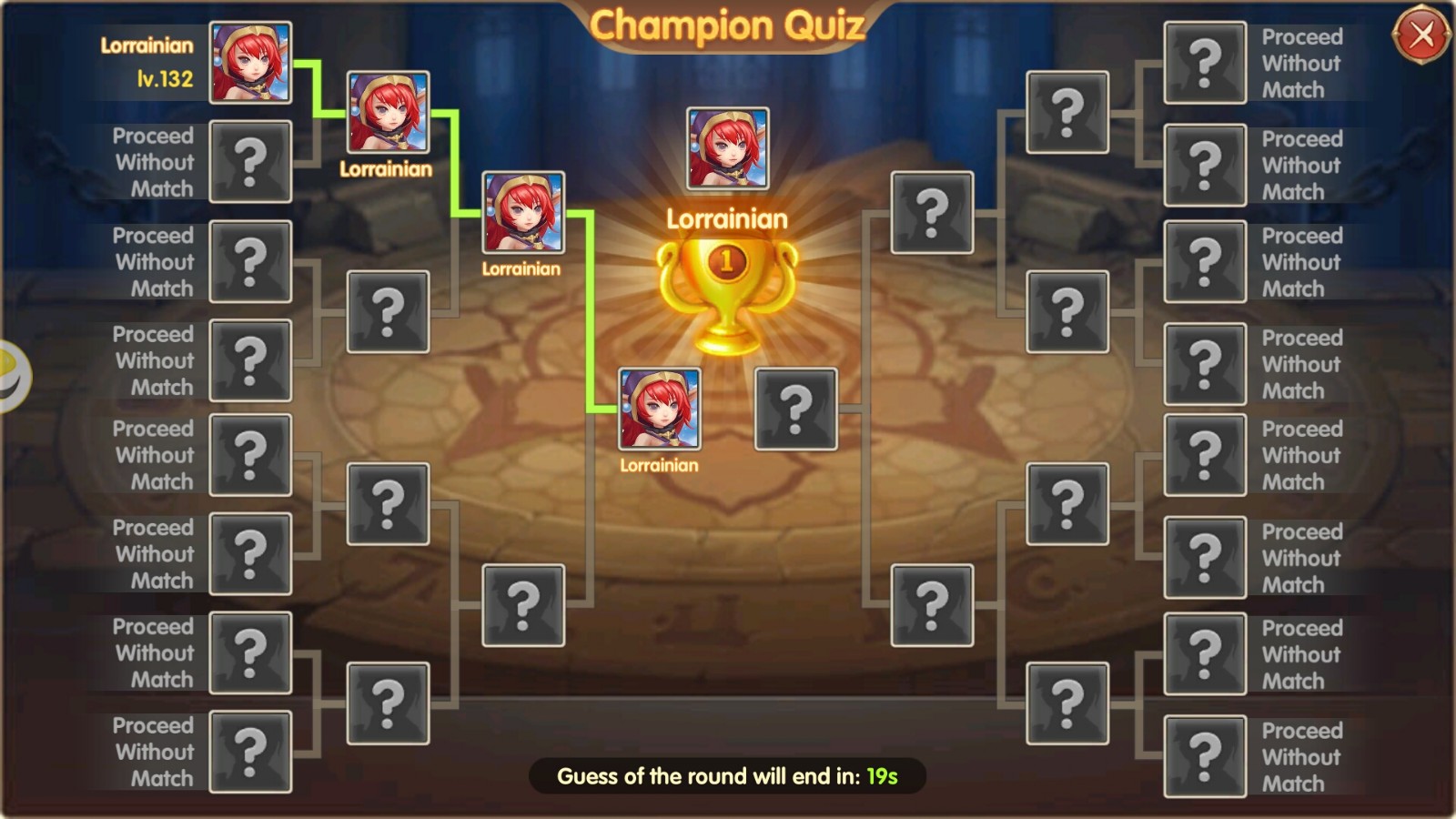 After a series rounds of pre-selections, players who have made continuous victory to the top 16 will continue with the Top 16 Peak War. It is still a 1v1 operational arena battle mode. The final winner will become the championship of this Warzone and receive up to 2050 of unbound diamonds.

Champion Guess is the quiz game that is opened during the Top 16 Peak War stage, where players can put in bound diamonds to guess who will win. If the player guessed it right, they will get double bound diamond rewards. Even if the player did not enter Top 16, there are still bound diamonds benefits that can be received; of course, you’ll have to participate in the guessing game first!