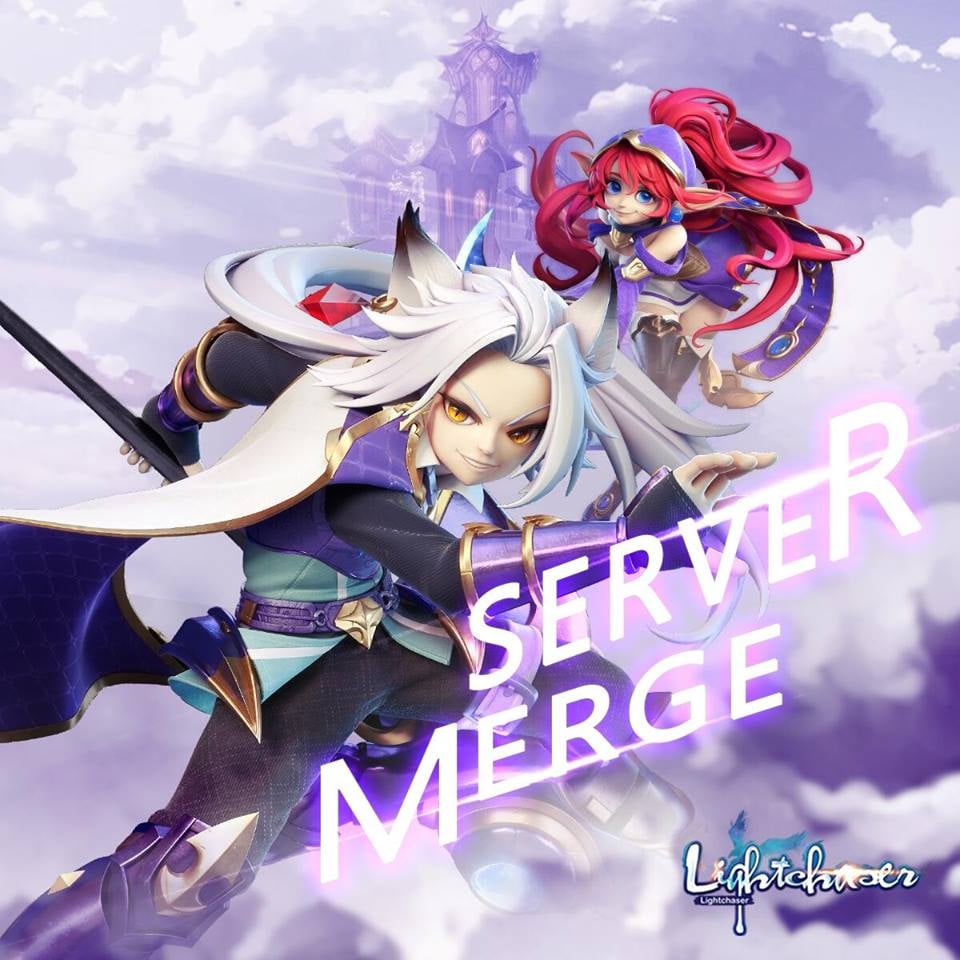 In order to increase the interaction in the game and provide better gaming experience to you, we have decided to have a server-merge on selected servers at 17:00 – 18:00 (UTC+8) 15th of July 2022 (Friday) for Asia, EU, and NA server. Players will not be able to log in to the game during the server merge.

Tips: The respective server entrance will be reserved after the server merge. Players are able to enter the game according to the original server. The data of the server will be synchronized.

After server-merge, events will be changed to Server-merge events. All previous event data will be erased. New events will only be calculated after the server-merge (the data of Top-up and Spending Ranking will be reserved).

After the server-merge, if the name of your character is the same as the other players’, the system will automatically create a name for qualifying players with this format: Server serial number + number + character name

I. The character with lower level will be changed to the system-created name

II. If the players are the same level, the name of the player with lower VIP level will be changed

III. If the level of character and VIP of players are the same, the name of the player with lower CP will be changed

IV. Players whose name has been changed by the system after the server-merge will have one opportunity to rename for free within 48 hours without the need to spend Rename Card.

I. After the server merge, if your clan has the same name as the other clans, the system will automatically create a name for qualifying clans with this format: Server serial number + number + the first 6 letters of the clan name

II. The clan with lower level will be changed to the system-created name

III. When the clan levels are the same, the name of the clan with lower total CP will be changed

IV. In the case of repeated name, the chief will be able to have one opportunity to rename for free

In order to create a better gaming experience for the players, the system will erase the account of qualifying players. The terms and conditions are as the following:

I. Not logged in for more than 7 days, no top-up record, and the level is below 40

II. Not logged in for more than 14 days, no top-up record, and the level is below 50

III. Not logged in for more than 21 days, no top-up record, and the level is below 70

IV. Not logged in for more than 28 days, no top-up record, and the level is below 90

A. Rankings that will be erased: CP Ranking, Level Ranking, and Ranked Match

B. Rankings that will be reserved: Flower Ranking, Clan Ranking, World BOSS Weekly Rank, and other Appearance Ranking

A. The first day after server-merge will only unlock clan war

B. The rank of Ranked Match will be erased, except the highest record

C. The challenge chances of the dungeon of the day before server-merge will not be cleared.