Beachhead is a guild collective game. Participated players can independently choose to follow the crew to board one of the 8 different ships in the waiting hall. On the boat, you may encounter attacks from other guild players, so be sure to act in a group! The ship’s destination is the Skull Island. 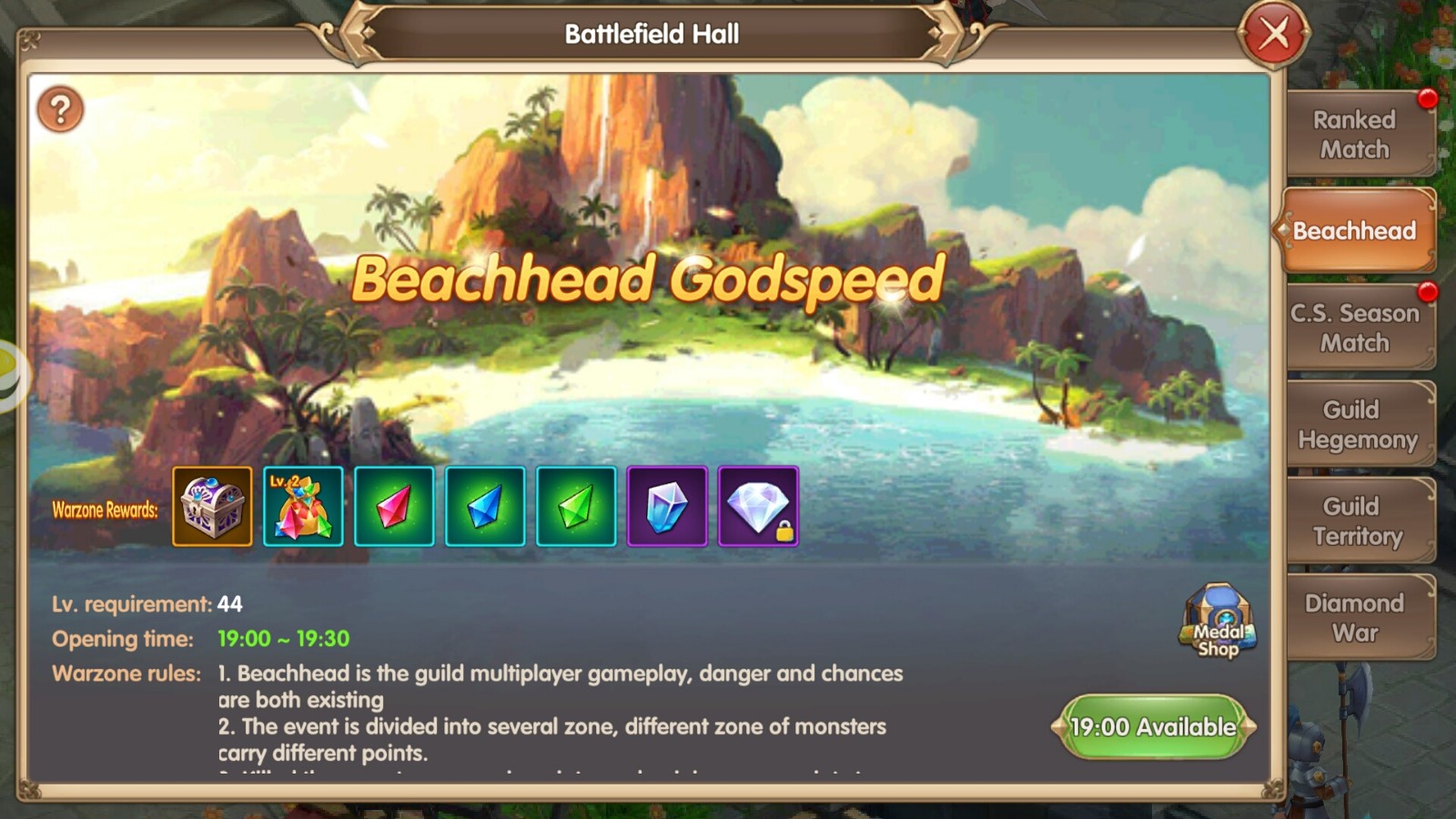 Beachhead Gameplay will be unlocked daily at 19:00 to 19:30. Players can participate in the gameplay when reached Lv. 48. When the gameplay started, tap on the “Beachhead” icon in the main interface to enter the waiting hall where you can select the crew. After selecting the crew members, they will board the corresponding ships. There are mobs on the ships. You can get personal points by killing the mobs and accumulate enough points to receive the corresponding rewards.

When the countdown ends, the Boss will appears. Defeat the Boss will not only earn points, but will also issue rewards to all Guild members. After defeating the Boss, the passage to the next district will be unlocked, which means that you officially land on the Skull Island. 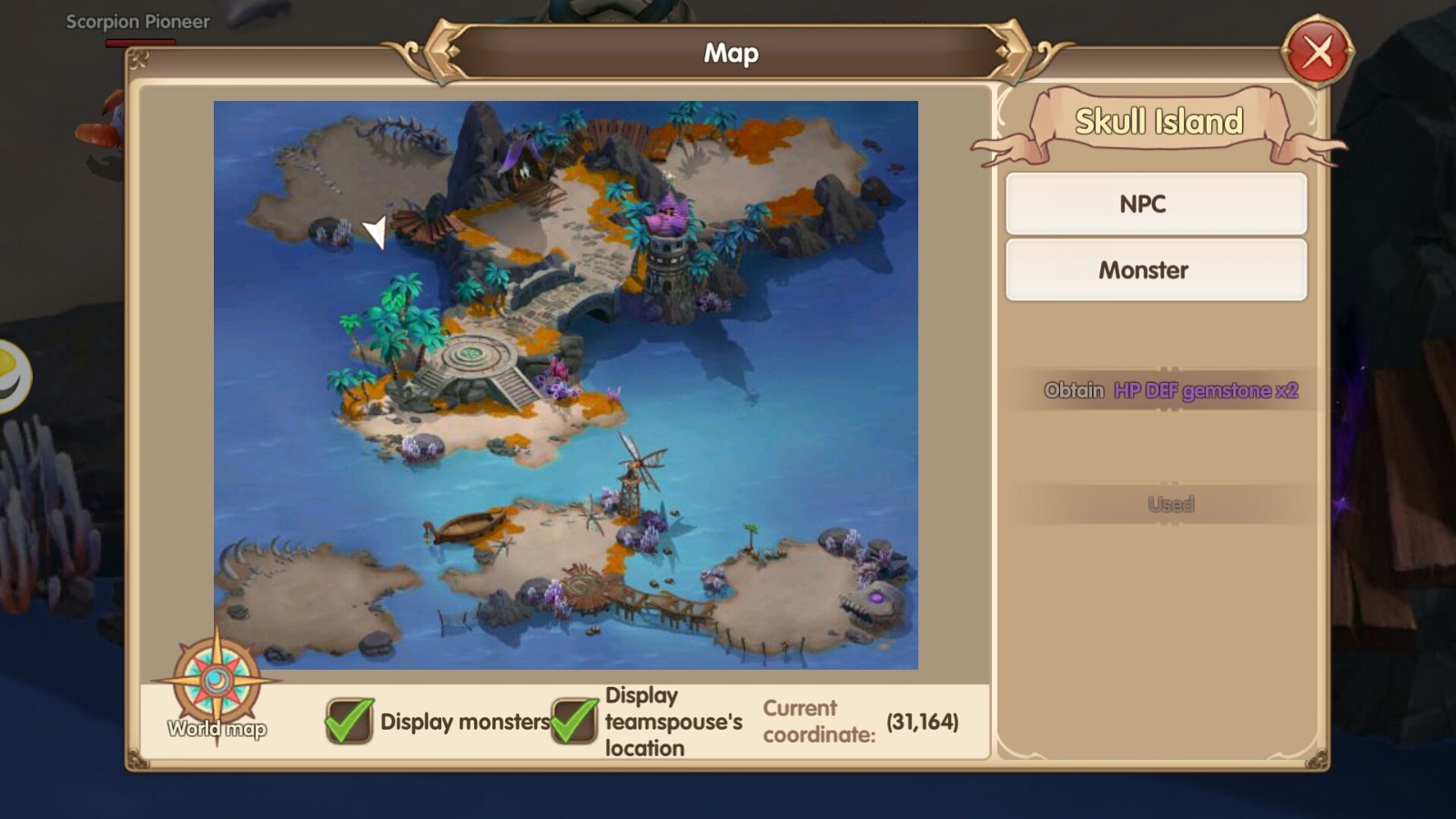 The island scene can be divided into 4 triple-ring islands, 2 double-ring islands, and one inner-ring island. After player disembarks, they will come to different triple-ring islands, only after defeating the current island's Boss, player can proceed to the next island. The closer you get to the inner island, the higher the score is the monster killed. Therefore,, going further into the island also means more dangerous  and greater possibility of being attacked by other guilds

Beachhead is a game where danger and opportunity coexists. Fight together with the guild members, and seized the Island’s territory. Get countless medal is what every player dream of!